SURJ is a  coalition member of Communities Not Prisons which is an Alabama-led coalition of progressive activists, students, formerly incarcerated people, rural residents, and Democrats and Republicans who are fighting the proposed construction of three new private prisons in Alabama. The coalition includes the National Council For Incarcerated & Formerly Incarcerated Women and Girls and other local and national groups that SURJ is aligned with.

The coalition has won a major victory of pushing the 3 private financial investors to back out of the deal. SURJ has been mobilizing our base of national supporters to pressure these investors and has played an important role in forcing them to stop  supporting these prisons. We’ve also been on the ground knocking doors to talk to white folks in these communities about contacting their state legislators to say why having a privately funded or publicly funded prison in their backyard is not good for anyone in the community.

After that big win, Gov. Ivey has doubled down on her commitment to building new prisons in Alabama. Now, she’s asking the Alabama state legislature to approve a budget for public prisons, which includes using COVID relief funds (ARP money) to build them.

At SURJ, we believe that building power alongside frontline partners in the deep South will transform this country. And we know that real community safety for all does not involve more people in cages, but an investment in communities. Let’s stop these prisons! 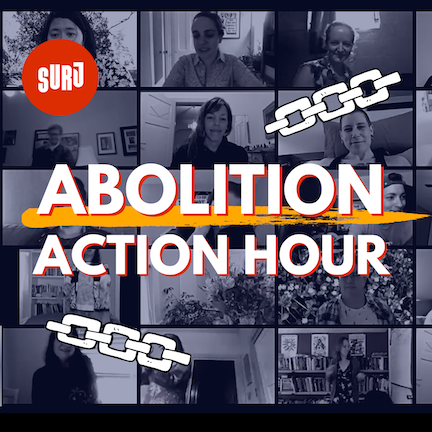 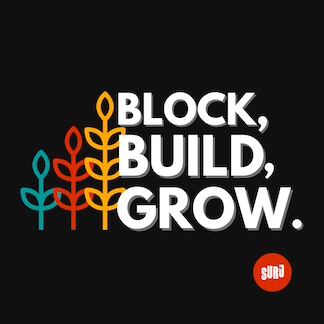